A brief intro on Buses and Peripherals
Buses look like "a bundle of wires" or PCB's that terminate at multiple connectors where devices can be plugged in. They are used basically to connect electric components.
Early computer buses were just bundles of wire connecting memory with peripherals(External devices/Hardware which need the host perform a function eg: Mouse, Keyboard.) 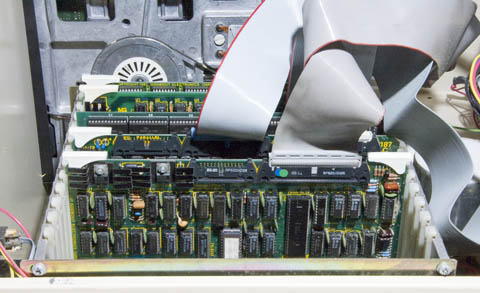 Technology evolved, computers became sophisticated, and so did these guys.
What we use today:
PCI (Peripheral Component Interconnect)
PCI is a widely used computer bus which acts as a standard interface for connecting peripherals to the computer, in two ways - An integrated circuit embedded in the motherboard, or an expansion card which fits into it's slot.
PCI is capable of allowing high speed of data transfer, which modern peripherals(eg: Graphic cards, Ethernet)require.
More info in PCI found here: http://computer.howstuffworks.com/pci.htm 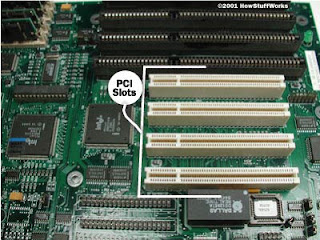 PCI-X
PCI-X(64 bit) is the 32 bit PCI bus optimized for higher performance. It is twice the width of the PCI and narrower. It runs at higher frequencies, and can manage four times the clock speed. It was developed(by IBM, Microsoft, HP) to increase the performance of high level peripherals like high-end graphic cards and Storage devices, gigabit - speed ethernet, which isn't feasible by the conventional PCI design.
Except for a few changes, The basic structure of PCI and PCI-X are similar, they follow the same protocol and perform the same functions.
PCI Express/PCIE
PCI Express is an innovative new design that is used as an Expansion Card(It can't be connected to PCI/PCI-X directly) to replace PCI and PCI-X. 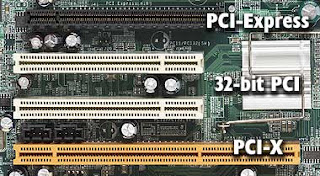 PCIE operates more like a network than a bus.
In a PCI/PCI-X, one bus handles data from multiple sources at once.
In PCIE, a switch controls several point to point serial connections, these connections are conveyed directly to the device where the data needs to go making a serial interconnect along a switched bus, dedicated exclusively to that slot. Meaning - The PCIE point to point connection connects only two devices at one time.
Each PCIE slot is attached to the motherboard using a unique "lane", which does not share the data path with other PCIE Slots. Multiplying individual data "lanes" to produce interconnects which deliver upto 16 times the bandwidth of a single lane.(This is the reason their slots are referred to as PCI Express*4/PciExpress*16)
Further information on how PCI Express works:http://computer.howstuffworks.com/pci-express.htm
PCIE vs PCI-X - Why PCIE is Superior
Parallel connections (used by PCI-X) undergo problems during high speed data transfer - like electromagnetic interference.
Interconnecting lanes of PCIE give it a higher bandwidth.
Less steps needed to process instructions, due to it's architecture.
Add more. 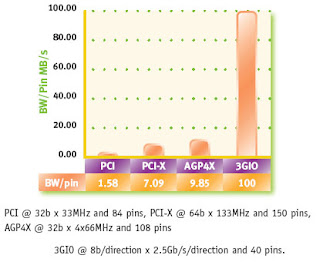 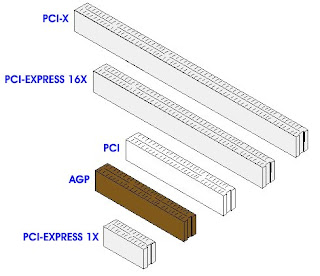