Firefox Mobile - the FOX comes to your phone 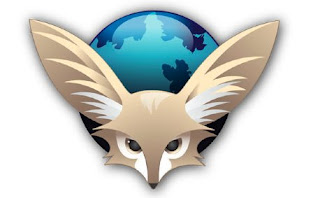 Firefox for mobile (codenamed Fennec, for the Fennec Fox the small desert fox) is the name of the build of the Mozilla Firefox web browser for ARM devices such as mobile phones and personal digital assistants (PDAs). Firefox for mobile 1.0 uses the same version of the Gecko layout engine as Firefox 3.6

Now Gecko is a free and open source layout engine used in many applications developed by Mozilla Foundation and the Mozilla Corporation (notably Firefox web browser), as well as in many other open source software projects. Gecko is written in C++ and is cross-platform, and runs on various operating systems including BSDs, Linux, Mac OS X, Solaris, OS/2, AIX, OpenVMS, and Microsoft Windows.Cross-platform, or multi-platform, is an attribute conferred to computer software or computing methods and concepts that are implemented and inter-operate on multiple computer platforms.

Talking about the browser now it supports the same web standards and it even accepts add-ons. The Firefox Sync lets the user have the same bookmarks, tabs, search history and other information like auto-fill form data and passwords whether the user is on the phone or on the computer. The user has the option of personalizing the homepage & sharing web links over social networks. One of the best features in the Fennec browser is the unique side-to-side swipe action, which brings up menus for things like tabs, bookmarks and settings. It minimizes the browser chrome and leaves more screen for web pages. This new version has the pinch-to-zoom browsing feature also.

The main limitation is that it is only compatible with Android and Maemo devices. Android phones like the Motorola Milestone and HTC Desire and Maemo phones like the Nokia N900 and the Nokia N810 Internet Tablet. Now Maemo is a software platform that is mostly based on open source code and powers mobile devices such as the Nokia N810 Internet Tablet. Maemo platform has been developed by Nokia in collaboration with many open source projects such as the Linux kernel, Debian , GNOME , and many more.

The main glitch according to different users comes in the form of its lack of speed but then this is a beta. In case you wondering what a beta is it is actually the name for the second stage of software testing, in which it is released for free or at a reduced price to a group of users just like a preview.

Where to get it from: http://firefox.com/m/beta

In case any of you want to know more about the features you can go to https://wiki.mozilla.org/Fennec